Skip to main content
It looks like you're using Internet Explorer 11 or older. This website works best with modern browsers such as the latest versions of Chrome, Firefox, Safari, and Edge. If you continue with this browser, you may see unexpected results.

Map of Menlo College area with indicators of Ramaytush and Muwekma Ohlone tribal land via the Native Land map. 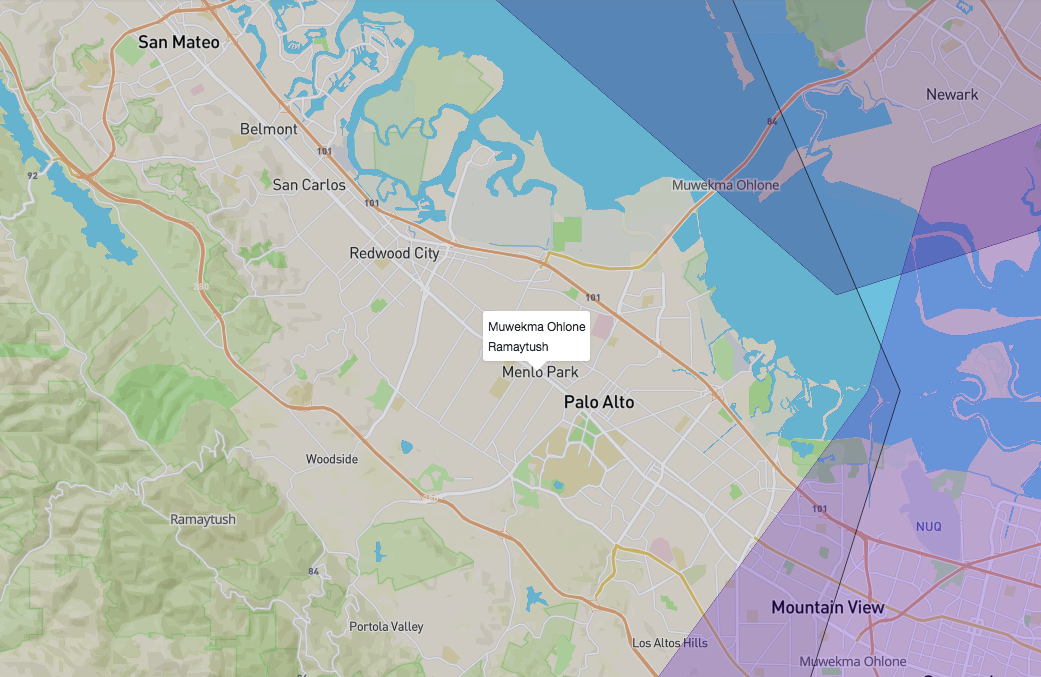 Menlo College is located within lands traditionally stewarded by the Puichon tribe, one of more than 50 original Indigenous groups of the San Francisco Bay Area. The land on which Menlo College sits was ceded to the United States Army as a part of Cessation 274, one of the 18 treaties that tribes living in the Southwest were made to sign between 1851 and 1892. The Army forced the tribes to move off the land and onto reservations. Today’s Indigenous descendants in the Bay Area are commonly known as Ohlone or Muwekma Ohlone.